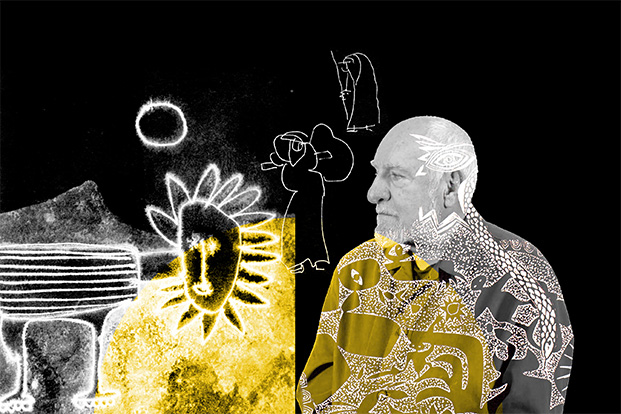 “I am René Derouin. I am an artist. I am a Quebecer. I am a continentalist. I am a Métis from North America who has wandered to the South. I am a child of the territory. I am America.”

Lands of the Americas, like a travel diary, journeys through the works of René Derouin and the lands he has explored. Experienced in an immersive dome and through virtual reality glasses, this 360 film revolves around the artist’s identity quest that spanned his 60-year career.

The film’s storyline links the creations of this multidisciplinary artist to the key areas of his migrations: from Quebec to Mexico, reaching Japan and the United States, passing through Canada’s Far North, then returning to his homeland. This virtual journey traces a fragmented portrait of Derouin, revealing the depth of his interior landscape.

As an art and experimental film, Lands of the Americas is an immersive artistic experience that delves into the heart of Derouin’s work.

The Artist at Work

In addition to following his journey through the remixing of his key works, the film also reveals the artist in his studio. For the occasion, Derouin creates a brand new piece, thus inserting the film in his own body of work.

A 60-year career across various territories 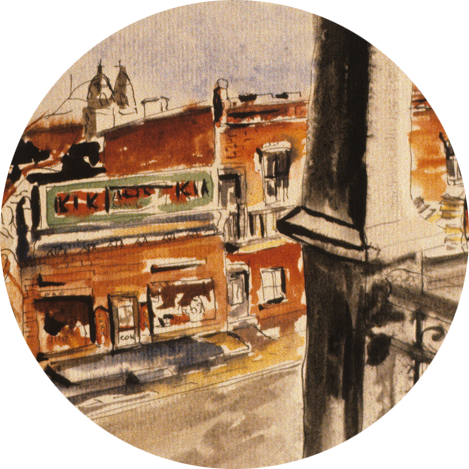 In 1936, Derouin was born in Montreal’s Longue-Pointe neighbourhood, along the banks of the Saint Lawrence River. From very early on, he questioned his identity. His artistic journey began in 1955 with his first migration to Mexico, where he studied, discovered the art of muralists and immersed himself in pre-Columbian cultures. 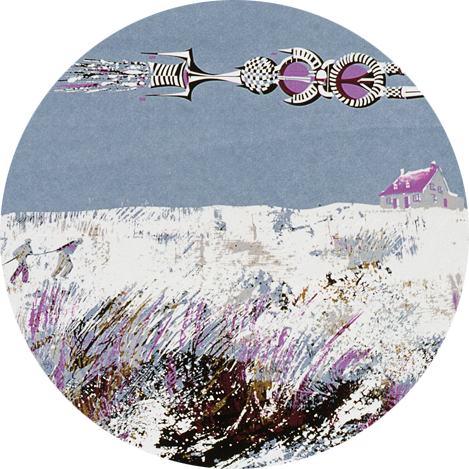 At the end of the 1960s, Derouin studied in Japan with the engraver, Yoshida, learning the discipline and rituals of his art. He then crossed the United States in a van/studio with his companion, the artist Jeanne Molleur. 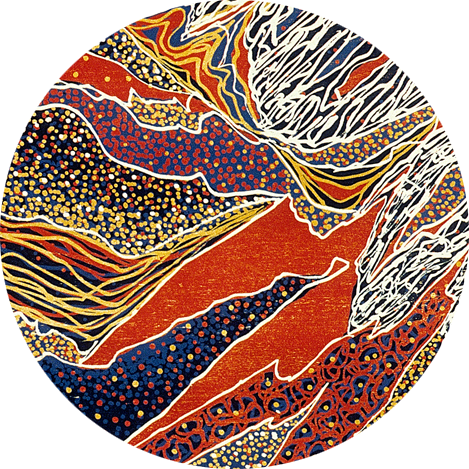 Derouin explored Quebec’s northern territory at the end of the 1970s. His vast modular engravings trace a map of North America. It was among the Inuit that he rediscovered the art of the Mexican indigenous peoples, reconciling the Americas in his heart. 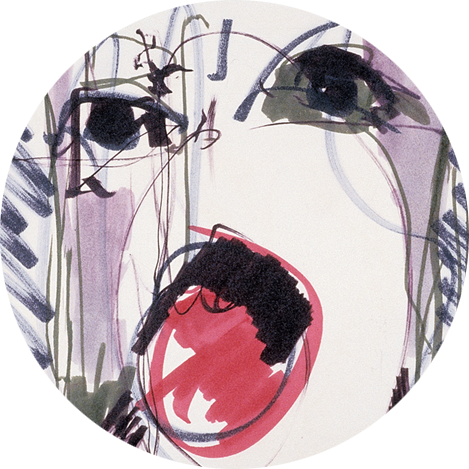 In 1985, at the Museo del Chopo de Mexico, Derouin presented his large exposition Suite Nordique, which displayed his research on nordicity over the last 20 years. The day after his arrival, the country was hit by the worst earthquake in its history. Derouin felt the shock of terrestrial power and drew human figures in crisis. He thus became a migrant of the Americas. 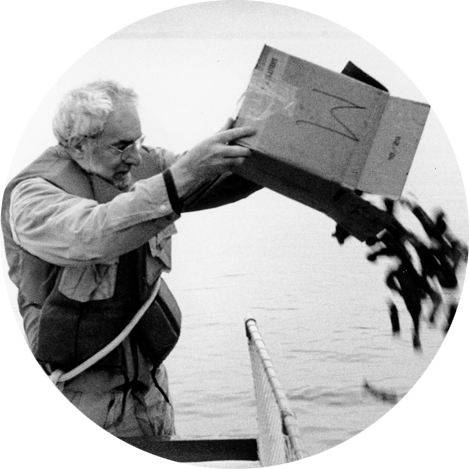 For twenty years, Derouin both created and rejected the migrant character through various mediums. With Migrations, in 1992, he arranged 20,000 characters on 50 metres of engraved wood. With Largage, in 1994, the artist deposited 19,000 of his statuettes in the sediments of the Saint Lawrence. Gaston Miron wrote, “Derouin has stocked the river.” 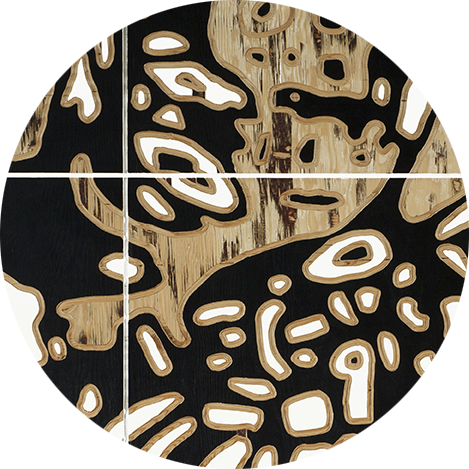 In the mid-70s, Derouin left Montreal’s Carré Saint-Louis and built his home/studio in Val-David. In 1995, he created the Jardins du Précambrien on his land in the Laurentians, where he welcomed artists from the Americas to create in situ artwork.

Derouin continues his migrations, stopovers and exchanges to this day. He persists in his unique approach that is both culturally blended and baroque, expressing himself through his multidisciplinary art: engraving, drawing, sculpture and installations.

Join us in funding the project on :

Tickets, artworks and accessories for sale. 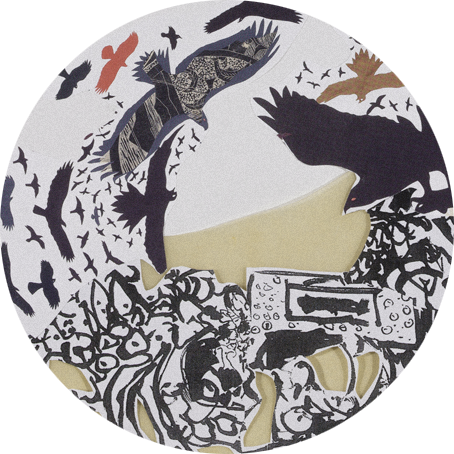 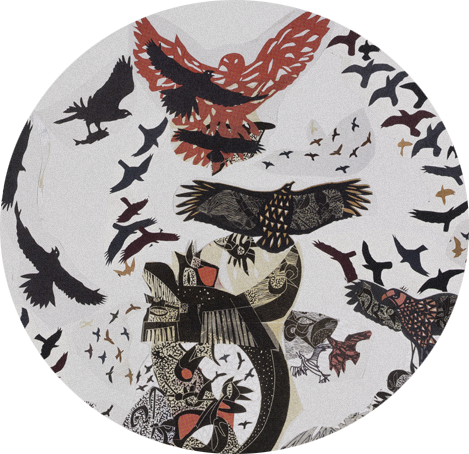 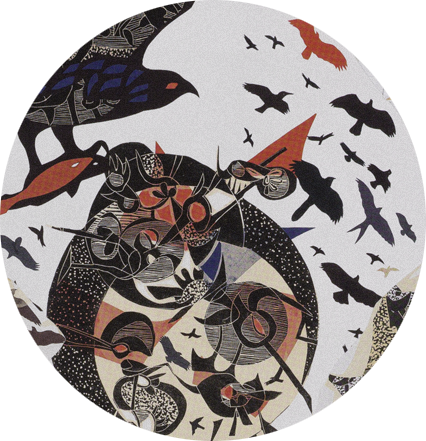 With the participation of Figure 55 Productions 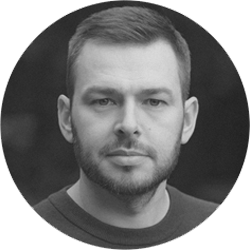 Patrick Bossé has a bachelor’s in communications from the Université du Québec à Montréal (UQAM) and a master’s in film studies from Concordia University. During his university career, he participated in the documentary series Paroles d’artiste as editor and director. His credits include the portraits of director André Brassard and actor Gilles Pelletier – both selected by the Festival international du film sur l’art (FIFA). In 2009 and 2010, the filmmaker produced two fiction shorts, Une étoile de mer and Livraison à domicile. He returned to the documentary genre in 2012 by directing Un nouveau monde – presented at Belgium’s Festival International du Film Francophone de Namur. His most recent film, Anatomie, borrows from both fiction and documentary styles, featuring the actors Françoise Graton and Gilles Pelletier – nominated for the 2015 Gala Quebec Cinéma in the category of Best Fiction Short. In 2016, he collaborated on the artistic direction of pianist Roman Zavada’s show Résonances boréales – presented in Montreal’s SAT dome (Société des Arts Technologiques). He has since experimented with 360 filming. Patrick has also collaborated with Figure 55 Productions for many years, sharing his penchant for exploring and innovating with the studio’s producer Pascal Pelletier. 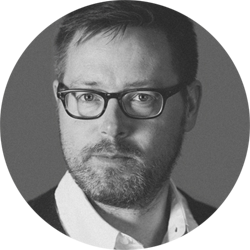 Pascal Pelletier has vast experience in audio-visual producing and directing. In 2006, he founded his company Figure 55 Productions, where he has since lent his talent and expertise. He participates in developing creations that are both classic and unconventional, incorporating multiple facets of new multimedia technologies. In recent years, he has excelled in various domains ranging from corporate videos to documentaries, as well as massive video projections for major events. 2013 was a turning point in his career, initiating and producing his first immersive film with 360-degree visuals and audio: Harmonielehre. The project was developed with the Société des arts technologiques and the Orchestre symphonique de Montréal, under the direction of Kent Nagano. Since then, he has completed around fifteen 360 films and virtual reality videos. His works in progress are numerous… and that’s a very good thing. 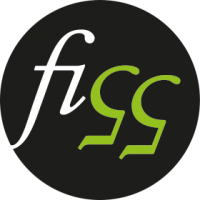 Figure 55 stands out for its multidisciplinary talent and its numerous productions that use a variety of approaches. For the last ten years, the studio has demonstrated a mastery of immersive projects, as well as promotional, museum and corporate productions. Figure 55 develops and produces creative multimedia content. The studio explores and explodes the possibilities of digital devices. Its team enjoys breaking the rules. The collective goal is to push each project to its artistic limits and provide the public with powerful immersive experiences. Creating its first 360 film in 2013 (Harmonielehre) was a turning point for the company, as much as it was for its leader Pascal: a first step that has led to giant leaps.